We make positive change happen for communities, from the ground up

Do you have a vision for a project that will transform your community economically, culturally, or environmentally?
Do you want to bring in a team that will truly listen to and understand your needs?
Would your project benefit from grant funding? 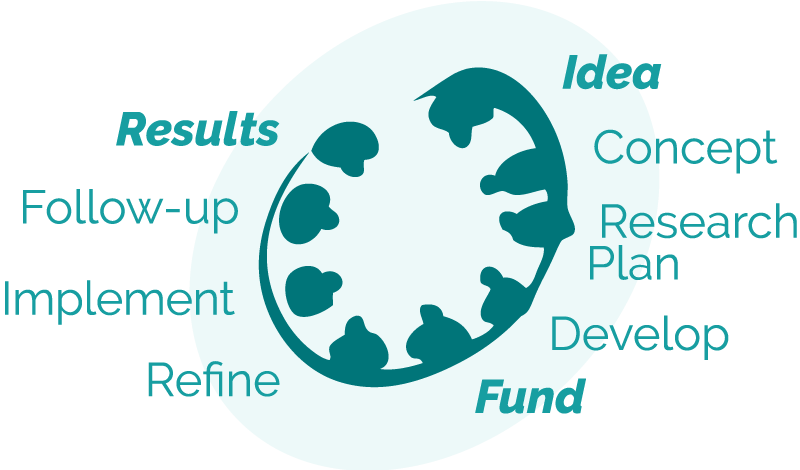 You provide the vision, and we provide a proven process to ensure that your vision becomes reality. Our role often starts at the earliest stages of project concept development and planning and moves on to financing, construction and operations. We can be there to support you every step of the way.

Our fundamental belief is that communities know what is best for their people. We start by listening and getting to know you, your community, and your unique challenges and needs. From there, we provide the strategic planning process, access to funding, and the additional expertise you need to make your project happen.

MacLeod Farley & Associates is led by partners Rick and Pauline.

We have a core team of professional consultants complemented by an extensive network of specialists whom we engage on a project-by-project basis to meet specific community project requirements.

Do you need funding for your project?

Grant funding awarded to our clients to date

Funding applications approved for our clients

At MacLeod Farley & Associates, we routinely assist our clients to access project funding.

Since 1994 our firm has assisted our clients to access over $67 million in grants and loans.

This includes $42 million in approved grants towards $50 million in projects which had an average of 84% grant funding, 5% loans (most with zero interest), 10% cash equity and 1% in-kind equity.

We want to hear your vision for your community.

As the founder of MacLeod Farley & Associates, Rick does much, much more than write reports. He has a tool-chest full of tactics and strategies for helping clients succeed with community economic and tourism development. He has benefited greatly from thirty years of experience working with and learning from Indigenous communities in the north and across Turtle Island.

It all started when Rick experienced the 1984 economic collapse in Bolivia while on a six month Canada World Youth program. He became fascinated by economics and returned to school to earn an Honours Bachelor Degree in Economics, and several courses towards a Masters Degree in Rural Planning & Development.

His first "real job" was as the Regional Economic Development Coordinator with the Mushkegowuk Tribal Council in Moose Factory, Ontario where he learned first hand about the negative effects of colonialism on the economies and lives of Indigenous people.

Rick began to put his natural ability to think "outside of the box", and use his his dogged persistence to come up with creative solutions to seemingly unsolvable problems facing Indigenous communities. Since launching the firm in 1995, he has worked very closely with his clients and communities to help develop realistic and practical project plans, successfully secure funding and get projects up and running.

Rick is passionate about tourism as a tool of economic development because he understands that tourism helps to build understanding and respect between cultures. Rick was on the advisory board member with The International Ecotourism Society (TIES) from 2000 - 2010. For the last twenty years, he has regularly been a guest speaker at various national and international conferences, teaching others about the tactics and tricks of the trade!

Rick convinced his life partner, Pauline, to join the firm in 1996. Before that, Pauline had been a primary school teacher, with Bachelor's degrees in Drama and Education, and mom in Moose Factory and Moosonee, Ontario. She regularly came home from work to tell Rick that he needed to do more to help create future jobs for her students. He suggested that she join the firm and help out.

Pauline soon discovered that there is a fair amount of overlap between teaching and consulting such as report writing, researching, organizing and coordinating. Her organizational abilities, along with her down to earth approach and practical skills come in handy when it comes to keeping projects on-track, on-time and on-budget.

Pauline is a lifelong learner, with an enormous appetite for new information, cultures and experiences. When she realized that many Indigenous communities were interested in developing cultural tourism projects, she joined the Ontario Museum Association and earned a Certificate in Museum Studies so that she could better help communities achieve their vision.

Pauline is fascinated by transformation and enjoys helping communities and organizations through periods of substantial change to make life better for everyone, but particularly youth.

SEND US A MESSAGE